All of our fender patch panels are constructed of heavy gauge stamped steel that meets or exceeds the thickness of the original body panel that it’s replacing. The stamping process starts with a 3D scan of an OEM part, which means that these aftermarket panels will be an exact match to the original part’s shape. Since the panels are an exact match, the old panel will need to be cut out so that the new one can be welded in its place.

Whether you need to replace the whole fender or just a lower portion of it, we have the parts that you’re looking for. Replace your rusted fender by ordering this 1980-1986 Ford Pickup Cab Corner, Standard Cab, Passenger Side from Raybuck Auto Body Parts today.

Be the first to review “1991-Up Volkswagen Vanagon Rear Fender Liner, Passenger’s Side” Cancel reply 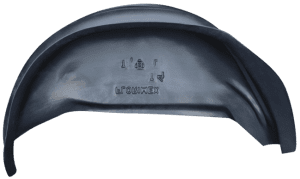