Whether you need to replace a lower quarter panel, a dog leg, a footwell, or door pillar, we have the parts that you’re looking for. Fix the rust on your vehicle by ordering this 1976-1995 Jeep CJ7 and YJ Wrangler Front Floor Support, Passenger side from Raybuck Auto Body Parts today.

Questions and answers of the customers 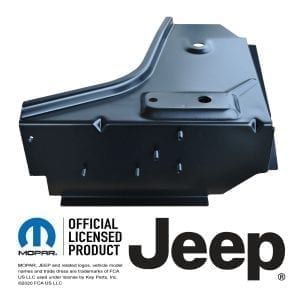 Due to shipper and supplier delays, your order may take longer to arrive. Thanks for your patience. Dismiss