If you’ve replaced any of the sheet metal on the front of your 1st Series (Advance Design) GM truck, then you know how challenging it can be to get it to align when putting it back together. We found this out first hand when building our 1953 Chevy pickup. We kept the original hood, but replaced the hinges, and also replaced the the front fenders, inner fenders, rad support and grille. We thought putting it together would be fairly simple as it was all just bolted together. Well, there are around 20 bolts that hold the front clip and hood on, and they all need to be aligned just right or else you’ll end up with uneven gaps and/or a hood that won’t latch. If you don’t re-install the inner fender cross brace rods (that run on an angle from the center of the firewall to the middle of the inner fenders), as is common practice when customizing these trucks, then alignment gets even harder. I’m not sure what the engineers were thinking when they designed this, but having a bolt pass through three panels does not allow for easy alignment. 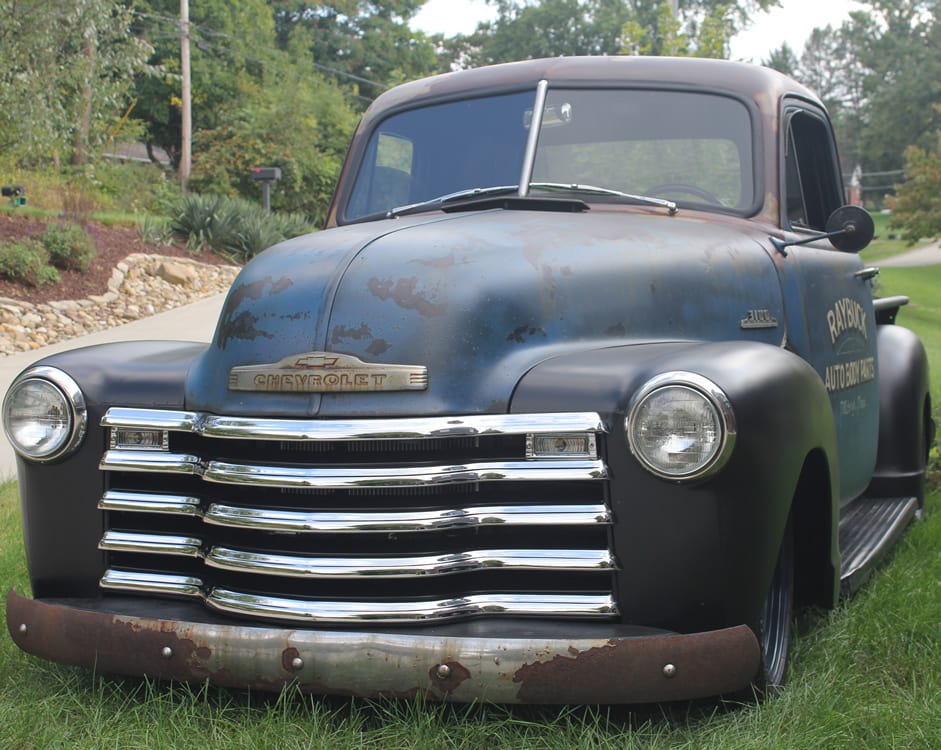 After spending two days trying to get everything to align, and feeling like we were just making things worse, we ran across an old Chevrolet service manual that actually explained how to properly align the hood (which also helped align the fenders). The grille was a completely different beast, but we’ll leave that for another article.

When starting this project keep in mind that nothing fits. Yes, even from the factory nothing on these trucks seemed to fit that well. You can take apart an original truck, put it back together, and you’ll have alignment problems. Add aftermarket panels into the mix and be prepared to ream some holes. With that in mind, here are the steps to align the hood. Follow these if the hood is already on the truck. If the hood is off of the truck, then you can obviously skip a few of these steps.