Cab corners get abused from the elements and road debris. They catch road grime and salt which, over time, causes them to rust out. If you’re thinking “I’d rather fix my rust than buy a new vehicle”, you’ve come to the right place.

Whether you need to replace the driver side, passenger side, or both, we have the body panels that you’re looking for. Fix the rust on your cab corners by ordering this passenger side 2004-2014 Ford F150 super cab cab corner from Raybuck Auto Body Parts today. 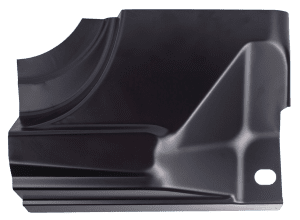