GM changed its light duty truck model styling in 1999, and this new style (1999-2006) is known as the “First Generation.” There wasn’t a clean transition between the older and newer body styles, though, as the new light duty truck body was actually released in 1998 as a 1999 model, and the older body style continued to be produced through 1999.  To make things even more confusing, the older body style was continued through 2000 for the heavy duty trucks. There are a number of ways to determine which body style your truck is, but one of the easiest is to look at the door handles.  If your truck has either pull-up or grip style handles, like what’s shown in the first column of the figure below, then it’s the early body style.  If it has pull-out style handles, like what’s shown in the second column of the figure below, then it is the new First Generation body style. 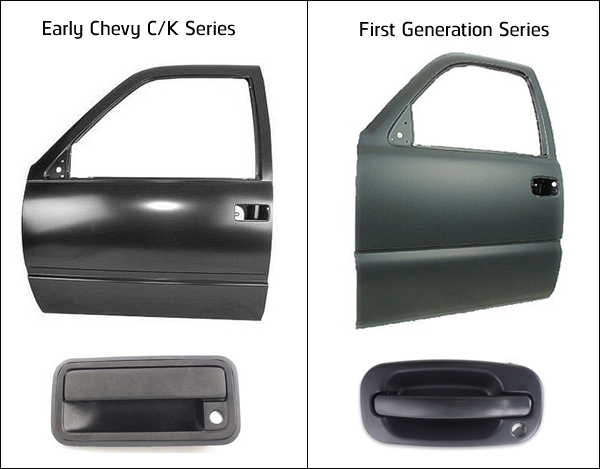